Avoidable - Activision Blizzard under investigation for sexual harassment and unequal pay for women. 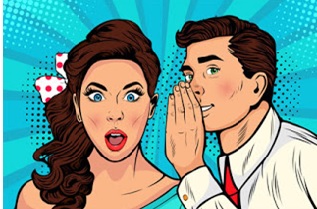 The complaint stated that the "sexist culture" developed at Blizzard, encompassed women receiving lower wages for similar jobs, being assigned lower-level jobs, enduring longer durations for promotions, and higher terminations or forced to quit at compared to men.  Black women and women of color were especially affected by the discriminatory practices. In addition, women were also subjected to sexual harassment, including but not limited to groping, comments, advances, and witnessing male employees engaging in banter about female bodies and rape.

DFEH claims upper management was aware of the issues and did nothing, or worse, egged them on. For example, one allegation explains a male supervisor encouraged a male subordinate to cure his bad mood by buying a prostitute.  Further, claims of retaliation occurred when women complained.

The lawsuit, a 29-page complaint, was filed July 20 in Los Angeles.  It asks that all employees are paid equally and the defendants comply with the law to prevent discrimination, harassment and retaliation.  It is seeking an unspecified compensatory and punitive monetary damages and unpaid wages for workers under the California Equal Pay act.

Activision Blizzard is claiming a different story.  In a rather lengthy statement that came out shortly after the lawsuit was filed the gaming company claims DFEH is painting a very different picture of the industry and practices, even claiming their allegations are false.  The company admits that there have been problems in the past, but now they take equal pay, sexual harassment and discriminatory practices very seriously.  They have worked hard to create a diverse culture that is inclusive and an equal opportunity employer.  They conduct the mandatory sexual harassment and anti-discrimination trainings, follow up on issues and have incorporated an "ASK List" which is a confidential integrity hotline available to employees to report any violations they have witnessed.  There is an Employee Relations team dedicated to investigating employee concerns and they have a strict no retaliation policy.

Additionally, the company has a fair and rewarding compensation package that reflects the culture of its business.  They strive to pay all employees fairly for equal or similar work and have a variety of steps to ensure that pay is driven by non-discriminatory factors.  Rewards and compensation are based on employee performance.

The company claims they have provided data-driven documentation and support against the allegations brought up to them with no response from DFEH.  They also chastised DFEH for including the suicide of a past employee in the complaint against them.  They are sickened for the grieving family, who has to relive the incident that had nothing to do with Activision Blizzard.

Activision Blizzard is prepared to show the incompetence of the DFEH's investigation and misleading allegations in court.  They stand by their claim that they are an equal opportunity employer that fosters a supportive, diverse and inclusive workplace.

TAP Series’ see this event as avoidable. Protect your employees, protect your business. Train all employees, ensure compliance, and document to avoid these events.

TAP Series' mission is to make work safer, more successful with critical knowledge for ALL using technology that enables compliance anytime and anywhere. From Fortune 100 companies to the small shop down the street, millions of people around the world use TAP to meet their compliance requirements at quality prices allowing customers to focus on driving their business forward.